Penta 721s is a modular MADI, AES and DANTE router with one slot for an optional expansion card, which provides a versatile and flexible solution for signal distribution and audio routing via AES/EBU, MADI, as well as routing via IP Gigabit Ethernet and optical fibre networks. The expansion slot can be installed with any of the available Penta expansion cards.

With Penta 721s you can route to and from any of the digital interfaces on the unit. Further, one optional Penta expansion card can be installed in the unit to hold additional Dante, MADI or AES connections. It can also add Analog inputs or outputs., SDI or Delay processing to the package.

Penta 721s has 1 large user-configurable slot for one of the seven optional I/O cards, including a 128-channel Dante interface. Further, there is a slot for the optional Dual MADI Module labelled Optical I/O, and as standard it includes a Dante/AES67 Interface using the two Ethernet ports on the rear.

In addition to the digital interfaces provided on the base unit, the large slot can be configured with any one of the seven available analog or digital cards. Check out the features of each of the available Penta I/O cards here...

Penta 721s includes a 512x512 multiplexer, enabling all Dante audio and digital inputs and outputs to be routed in any combination. This enables the unit to also split signals for advanced signal distribution.

The multiplexer can be used to establish the static connections of the signal inputs and outputs. A 256x32 channel summing mixer is also available as a part of the matrix. 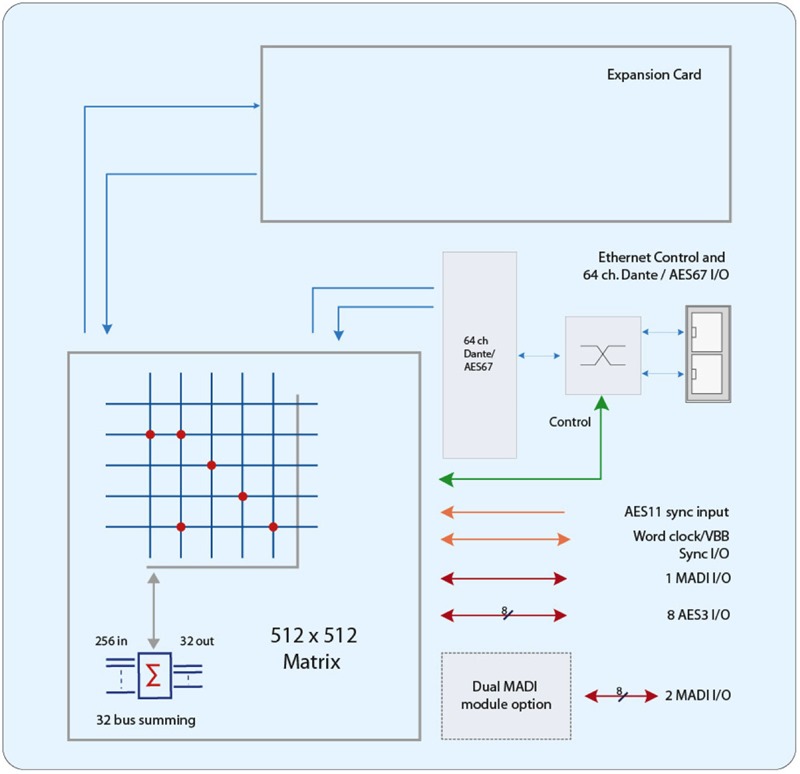 Penta 721s is controlled via one or two Ethernet ports and the operation is done by using the DADman control software application or a Penta 615 Control panel. In larger router systems control can be made via the NTP RCCore Router control application. 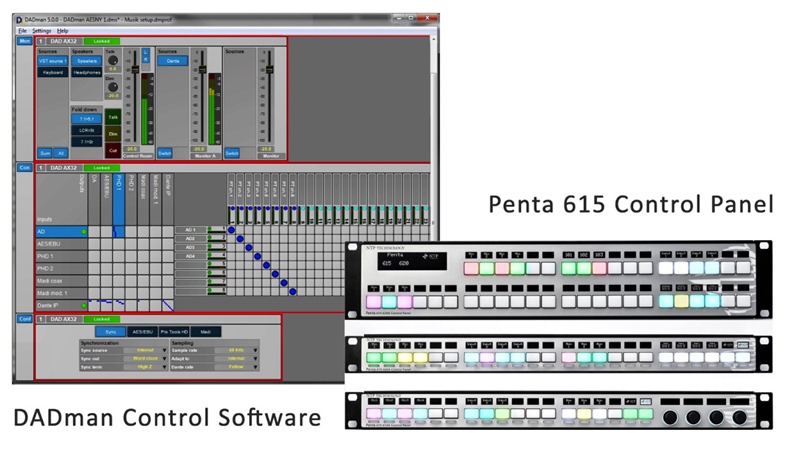 The combined Penta Universe of audio router and converters is highly modular. The Penta 720 is modular in itself with its eight expansion slots, but you can also mix and match several Penta 720 units and the Penta 721s Series as you see fit, which makes it possible to tailor the system to become the audio backbone for virtually any pro audio application. Please see the examples in these videos: