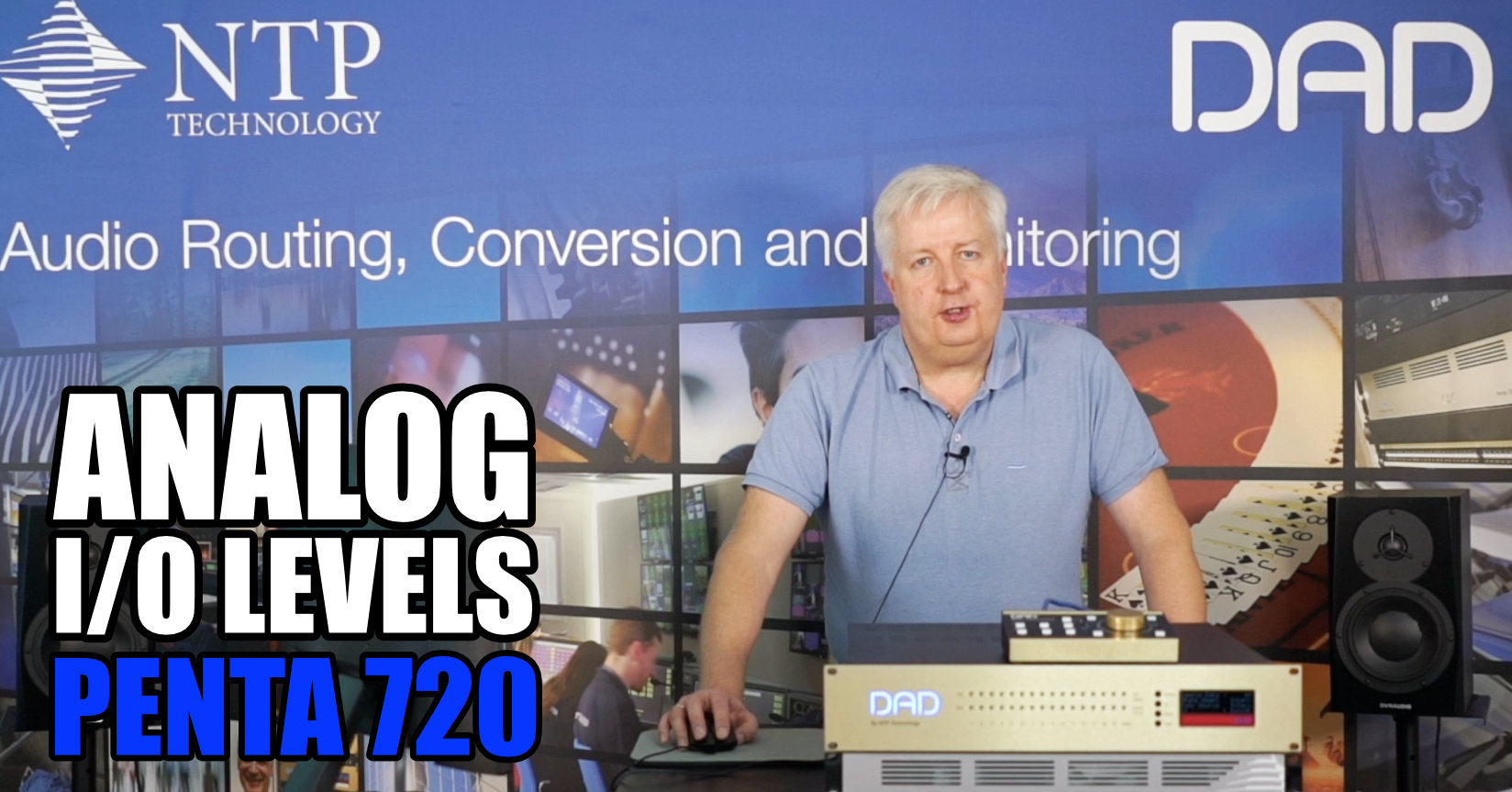 With Penta 720 and the DADman control software you have full control over not only the audio routing within the system, but also the levels on both the analog input and output side. In this video, we're giving you a quick tour and a concrete demonstration on how this works.

In order to make sure that you avoid any form of clipping, it is important that you match the analog inputs and outputs on your Penta 720 audio router and converter to suit the equipment that you are connecting to. This could be a pair of speakers that would clip on the input side, but clipping could also happen internally in the Penta 720 converter if the signal that is coming in is too hot.

Fortunately, you do have full control over the analog I/O settings within the DADman control software and unless you swap your external equipment frequently, it should be a task that you simply go over once and then leave it be.

Please watch this guide to adjusting the analog inputs and output levels on an Penta 720: